2016-17 saw Bristol awarded £21 million for a new NIHR Biomedical Research Centre, and the opening of the West of England NHS Genomic Medicine Centre. The UK’s largest trial looking at prostate cancer treatments published its first results, and a €4 million research project to develop wearable robotic gloves for surgery was launched.

“This designation puts us in the ‘premier league’ in terms of biomedical research nationally. It is testimony to the special health research strengths that exist in Bristol and builds on our excellent track record of partnership.”

The West of England NHS Genomic Medicine Centre (WEGMC) opened in 2016 and recruited its first patient in June. The centre is a partnership of trusts, universities, commissioners and health networks. It is one of 13 regional centres in England that aim to help the NHS gain a better understanding of the genetic causes of cancer and rare diseases. UH Bristol is the lead organisation.

The University of Bristol announced the formation of seven new specialist research institutes in March 2017, including the Population Health Science Institute, the Bristol Heart Institute and the BioDesign Institute. They encompass areas where the University is already internationally-leading and is looking to develop capacity.

The UK’s largest ever trial of treatments for prostate cancer published its first results in September. The ProtecT trial is led by researchers at the Universities of Bristol and Oxford in nine UK centres and is funded by the NIHR. It is the first trial to evaluate the effectiveness, cost-effectiveness and acceptability of three major treatment options: active monitoring, surgery (radical prostatectomy) and radiotherapy for men with localised prostate cancer.

The researchers found that active monitoring is as effective as surgery and radiotherapy, in terms of survival at 10 years. The results published in New England Journal of Medicine show that all three treatments result in similar, and very low, rates of death from prostate cancer. Surgery and radiotherapy reduce the risk of cancer progression over time compared with active monitoring, but cause more unpleasant side-effects.

Co-investigator Professor Jenny Donovan from the University of Bristol said:

“This is the first time radiotherapy, surgery and active monitoring treatments for prostate cancer have been compared directly. The results provide patients and clinicians with detailed information about the effects and impacts of each treatment so that they can make an informed decision about which treatment to have. Each treatment has different impacts and effects, and we need longer follow up to see how those balance out over the next 10 years.”

The NIHR Collaboration for Leadership in Applied Health Research and Care West (CLAHRC West) are now working with the research team, local trusts and clinicians to implement these important findings.

NIHR CLAHRC West has published findings from several of its applied health research projects. Most CLAHRC West projects are developed in collaboration with people from local health and care organisations. Their project working with campaigner Nura Aabe on the experiences of Bristol-based Somali families with experience of autism has generated huge interest, with local radio and TV, Channel 4 News and Radio 4 Women’s Hour coverage and a presentation to MPs in Parliament.

They are also pushing forward their findings on the acceptability of the use of new, safer ‘low dead space’ syringes among people who inject drugs, improvements to care for people who self-harm, and an NHS staff engagement app. Work on reducing the mental health impact of financial hardship and avoiding alcohol in pregnancy was also published.

The Centre for Academic Primary Care at the University of Bristol has also published some high impact research this year. Collaborating with NIHR CLAHRC West and East of England, they published their IMPROVE report in December. This was a major evidence synthesis looking at support and interventions for children who have been exposed to domestic violence.

Other highlights include a study published in the BMJ in June looking at telehealth. It found that, while it could provide some benefit to some patients, it is not the panacea that many policy makers hope.

Their TARGET study published a new algorithm to support antibiotic prescribing. And in March they published findings that one in 20 people visiting their GP reported having a gambling problem.

Leading the way in innovation and technology

New wearable robotic tools for surgeons hit the headlines in March when the University of the West of England (UWE Bristol) announced a €4 million research project, to develop a wearable robotic system for keyhole surgery.

Funded by the European Commission, SMARTsurg brings together the Bristol Robotics Laboratory with nine partners including North Bristol NHS Trust, Bristol Urological Institute and the Translational Biomedical Research Centre at the University of Bristol.

The West of England Academic Health Science Network (AHSN) continues to lead the charge to bring proven innovations into practice in the local health economy. It is leading the Diabetes Digital Coach Test Bed, one of seven NHS Test Beds around the country. It is a unique collaboration between 11 partners, involving all local NHS commissioners and service providers.

This pioneering feasibility project will have a significant impact on the future of digital health and citizen-centric healthcare. During the last year the team has been developing a new online platform for people with type one and type two diabetes, to better self-manage their condition using a suite of integrated digital tools.

The West of England AHSN convened the Digital Art of the Possible event in September, bringing together over 200 healthcare professionals and innovators. Organised with NHS South, Central & West Commissioning Support Unit and NHS England, the event was for health and care leaders to consider innovations and opportunities to support Sustainability and Transformation Plans (STPs) achieve Local Digital Roadmap priorities.

UWE Bristol announced that it was leading a £5.2 million EU project to tackle air pollution in May. Researchers from the ClairCity project (Citizen-led Air Pollution Reduction in Cities) are working with Bristol City Council to find out what citizens want from their future city. This joint community approach will help to tackle the causes of air pollution.

It’s a serious problem as Bristol regularly fails to meet standards for the toxic pollutant nitrogen dioxide. Dr Enda Hayes who is leading the project said:

“Air pollution hurts all of us, but it is connected to how we live, work and move around the city, so we can’t tackle it in isolation. The important thing is to plan for a city that we want to live in, that suits residents and that makes sure we get the best quality of life possible for all residents.”

The Bristol Urban ID project aims to rewrite the blueprint for the evolution of our city living. It brings together 16 partners, including Bristol Health Partners, the Universities of Bristol and the West of England, Bristol and South Gloucestershire Councils and Bristol Green Capital Partnership. Marvin Rees, Mayor of Bristol said:

“Bristol is one of the UK’s leading smart cities and enjoys much economic and cultural success. However this success doesn’t reach everybody, so projects like this can really help inform the way we close the inequality gaps and create a better Bristol for everybody.”

In the West of England, all acute trusts, out-of-hours GP services, mental health trusts, community service providers and clinical commissioning groups (CCGs) have signed up to support the adoption of National Early Warning Score (NEWS), and communicating this score at the interfaces of care across the system. NEWS is a simple scoring system, based on the six physiological measurements that make up the routine vital signs of an adult patient.

The West of England AHSN has produced a toolkit to support the adoption and spread of NEWS in a variety of settings, and a video telling the story of a patient who had sepsis but, thanks to the early detection of his condition in primary care through the use of NEWS, was treated within five hours of seeing his GP and made a quick and full recovery.

The AHSN and CLAHRC West are now working on research projects on the use of NEWS in the local health system.

The West of England AHSN was one of the first three AHSNs to roll out the Health Foundation’s Q initiative by recruiting a regional cohort of 128 people. The Q initiative connects people who have improvement expertise, across the UK. Led by the Health Foundation and co-funded by NHS Improvement, Q’s mission is to foster continuous and sustainable improvement in health and care.

Embedding research, evidence and evaluation in the commissioning process

The Avon Primary Care Research Collaborative (APCRC) bridges the gap between the NHS and the academic community. They actively support the development of research ideas that are NHS focussed and aligned to CCG priorities. They work with commissioners to help ensure robust research and evidence are used in the commissioning process.

APCRC and the West of England AHSN fund GP Clinical Evidence Fellows in all regional CCGs. Now in the third year, these 10 GP fellows act as ‘evidence champions’. Working closely with commissioners, they find and review best clinical evidence, and embed it into commissioning planning and decision-making.

In April 2017 APCRC was awarded £1.5 million of Research Capability Funding (RCF), on behalf of the three local CCGs, once again the highest award to any primary care organisation in England. RCF is calculated on NIHR research grant success and is designed to maintain research capacity and capability.

“The health and care system has never been under such pressure and the need for highly relevant applied research has never been greater. Promoting impactful research and better informed services is APCRC’s central mission. This award is a testament to our partnership between the region’s researchers and colleagues from the NHS and Public Health across Bristol, North Somerset and South Gloucestershire in preparing well designed studies to answer important questions.”

AWP have sent out 700 research opportunities for eight studies this year under the programme. They have also been working with other NHS organisations to adopt a similar approach. Everyone Included was shortlisted for an HSJ award in November.

AWP is piloting a new research platform, UK CRIS, which allows over 2 million anonymous patient records to be accessed for research and service improvement. AWP is one of 14 trusts across the country involved in the pilot, and the adoption of CRIS will further research opportunities for service users whilst maintaining patient privacy.

People in Health West of England (PHWE) continue their pioneering work to embed patient and public involvement (PPI) in research and evidence-based service improvement. This year has seen them collaborate with CLAHRC West on recruiting two public panels, one to help review plain language research summaries, the other to inform system-level research projects that aren’t focused on a particular patient group.

With the support of the West of England AHSN, it hosts the PPI in Practice network which brings together PPI leads from NHS service providers and researchers from across the region. The network promotes good practice through peer support and action learning methods. It has already produced a PPI toolkit and code of conduct. It is also helping the Clinical Research Network to promote its Patient Ambassador Programme.

PHWE’s focused work has led to 15 out of 18 active Health Integration Teams having clear PPI plans in place. This is up from eight, in 2015. 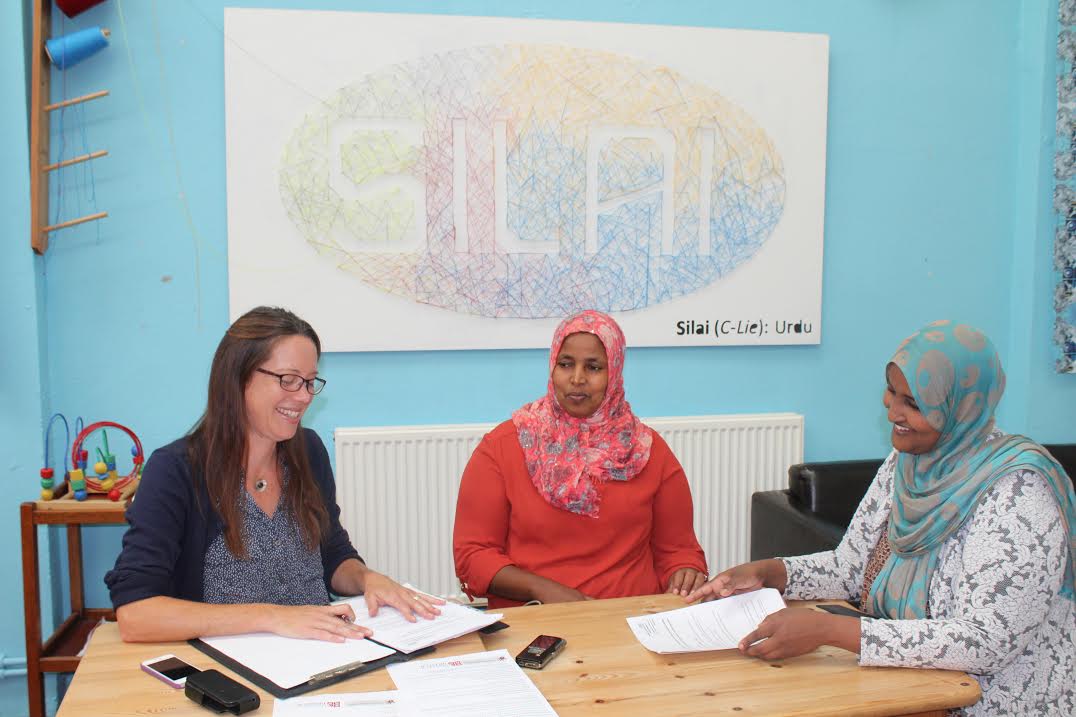