From reporting the findings of the largest ever prostate cancer trial to causing a media stir with a review of research on the effects of low alcohol consumption during pregnancy, Bristol-based research has made a big impression again this year.

Two homegrown initiatives, the emergency department safety checklist and a project to prevent cerebral palsy in pre-term babies, were selected to be rolled out nationally. And there was good news for pedestrians and cyclists when an evaluation found 20mph speed limits in Bristol have prevented more than four fatal casualties a year, as well as 11 serious and 159 slight injuries, saving the NHS an estimated £15 million each year.

In March CAP, the largest ever prostate cancer trial, reported its findings. Cancer Research UK-funded scientists based at the University of Bristol found that inviting men with no symptoms to a one-off PSA test for prostate cancer does not save lives.

Published in the Journal of the American Medical Association (JAMA), researchers at the Universities of Bristol and Oxford found that testing asymptomatic men with PSA detects some disease that would be unlikely to cause any harm but also misses some aggressive and lethal prostate cancers.

A review published in BMJ Open in September, led by researchers at NIHR CLAHRC West and the MRC Integrative Epidemiology Unit at the University of Bristol, found a lack of evidence on the effects that drinking small amounts of alcohol during pregnancy has on unborn babies.

The researchers advised that, in the light of this lack of evidence, abstention is the safest course of action, in keeping with the government’s guidelines.

The findings were widely reported in the media, nationally and internationally. However, some media outlets confused a lack of evidence with a lack of effect, so the researchers had to set the record straight on national television and social media.

The ED safety checklist first developed at University Hospitals Bristol NHS Foundation Trust (UH Bristol), has gone from strength to strength in the past year. The checklist, which was rolled out across the region by the West of England Academic Health Science Network (AHSN) and evaluated by NIHR CLAHRC West, came into the national spotlight in October, when NHS Improvement recommended all emergency departments in England adopt such a checklist.

It also won HSJ’s prestigious Best Patient Safety Initiative in an A&E award in July, as well as being praised by inspectors during UH Bristol’s CQC inspection.

Developed in maternity units across the West of England, the ‘PReCePT’ project was selected by the Health Foundation to be part of an ambitious £3.5 million improvement programme in October.

The Scaling Up Improvement programme supported seven projects in the UK to take their proven health care interventions and approaches and make them work at larger scale to have a positive impact on patient outcomes.

PReCePT, which stands for the Prevention of Cerebral Palsy in PreTerm Labour, helps reduce cerebral palsy in babies by administering magnesium sulphate (MgSO4) to mothers during preterm labour, at a cost of around £1 per individual dose. The intervention was rolled out across the region by the West of England AHSN, with evaluation from NIHR CLAHRC West.

20mph speed limits in Bristol save lives, reduce injuries and save the NHS £15 million a year

There was good news for pedestrians and cyclists in Bristol in February, when an evaluation by the University of the West of England (UWE Bristol) found 20mph speed limits in residential areas in Bristol have prevented more than four fatal casualties a year, as well as 11 serious and 159 slight injuries. The researchers estimated this has saved the NHS £15 million a year, using the Department for Transport’s value for prevention of casualties formula.

The research also showed average speeds have dropped by 2.7mph in the areas with 20mph limits – a larger reduction than other cities have seen. Speeds reduced in 100 of the 106 roads that the researchers looked at. This evidence suggests that, overall, while drivers may not always be driving below 20mph, they have reduced their speeds by a significant amount.

NHS policy encourages general practices to introduce alternatives to face-to-face consultations as a way of increasing access to healthcare and reducing GP workload. But, until recently, the evidence on their use and effectiveness was limited.

Then in February, research conducted by Professor Chris Salisbury and colleagues at CAPC found that the realities of implementing alternatives to face-to-face GP consultations, such as telephone, email, and online and video consultations, mean that hoped-for reductions in GP workload and increases in available appointments for patients will be hard to realise.

The team has developed guidance for GPs to help them overcome key barriers to implementation.

Bristol’s newest major research group, the NIHR Bristol Biomedical Research Centre (BRC), got off the ground with an official launch in February. They are already tackling some major research projects, including the cardiovascular OMACS study which will use state-of-the-art omics techniques to identify patients at risk of post-operative complications.

They are also investigating the factors that cause people to move from having thoughts about suicide to acting on them, whether mindfulness-based cognitive therapy can treat women survivors of domestic violence, and whether nutritional interventions help control blood sugar levels in children with cystic fibrosis-related diabetes. They’re also recruiting 2,000 couples undergoing IVF to understand which factors might be significant in predicting success.

This was an important year for the development and expansion of the IRIS (Identification and Referral to Improve Safety) domestic violence training programme, developed by Professor Gene Feder at CAPC. In November, IRISi was launched as a social enterprise with ambitious plans to expand the programme across GP practices in the UK and into other health settings. The programme was also the recipient of two awards: the University of Bristol’s Vice Chancellor’s Impact Award and a Health Foundation award to develop the social franchise model.

During the year, NIHR CLAHRC West worked with the IRISi team on feasibility projects to apply the IRIS approach in sexual health and pharmacy settings.

Professor Alastair Hay and colleagues won the Royal College of General Practitioners (RCGP) prestigious Research Paper of the Year award for an innovative study on diagnosing and treating urinary tract infections in children. The team developed a technique to help GPs and nurses distinguish between those who need antibiotic treatment and those who don’t, using a clinical rule. The NIHR-funded DUTY (Diagnosis of Urinary Tract infections in Young children) study was published in the Annals of Family Medicine. 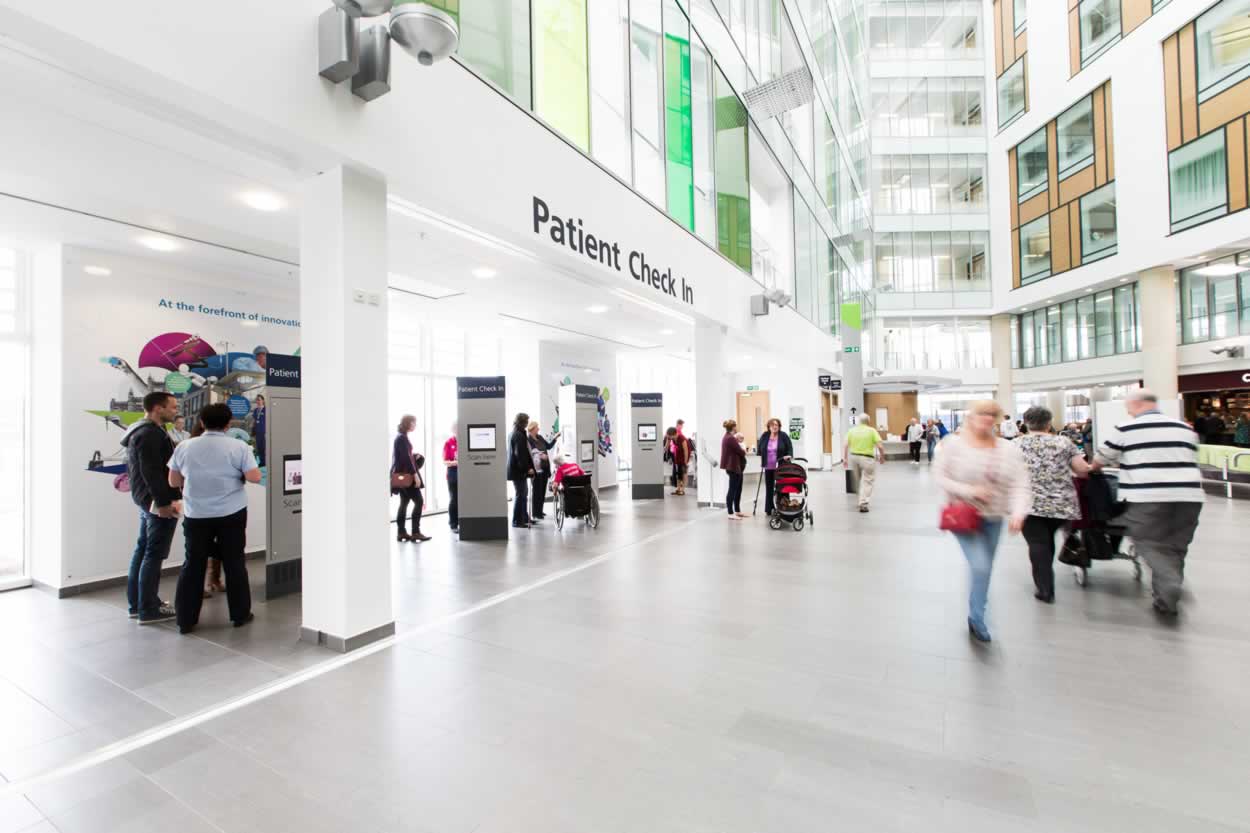